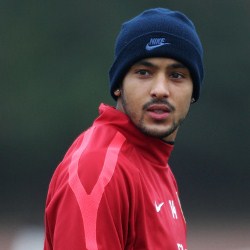 Theo Walcott knows the importance of Arsenal not only keeping their star players but also strengthening the squad.

The Gunners ended the 2010/11 campaign empty-handed, with the club’s drought stretched to six years.

“Knowing that we were nearly there (last season), the last couple of months it went away from us, we need to know what we did wrong there. The boss will see what the players have got in pre-season matches and see what they have got to offer this season.

“The boss knows what he’s doing, he’s done it year after year. Us players need to go on and win something, because it’s been a long time.”

The futures of Cesc Fabregas and Samir Nasri are giving cause for concern to Gunners supporters at present, but Walcott believes it is important not to get bogged down in transfer gossip.

He added: “I don’t like to get into talks about other players, they make decisions by themselves. You just want to keep your best players and attract players as well. Only time will tell what’s going to happen.

“We are just looking forward to the pre-season matches and getting the season up and running. If players come or go, we just have to go on and try and win something.”