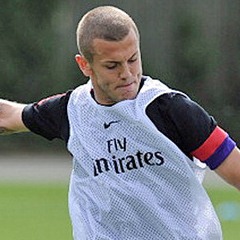 Theo Walcott has declared that Arsenal teammate Jack Wilshere is “buzzing” after his return to training.

The England international midfielder is back in full training after 14 months on the sidelines with ankle and knee problems.

Walcott said: “It’s nice to see him back. He’s the sort of player that’s just different. He spots things that no one else does and he hasn’t lost it, trust me.

“He’s buzzing, he’s getting stuck in and that’s what he wants. I had a chat with him and he said: ‘I just want to get whacked on the ankle, whacked everywhere’.

“I replied: ‘When I had my shoulder problems I needed to get hit and see what it was like. Once you get over that, you’ll be fine’.”

Arteta Confident Arsenal Will Be Ready For Borussia Dortmund Clash