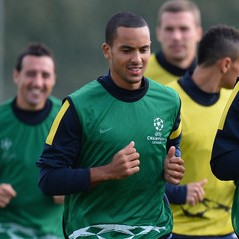 It has been revealed that Theo Walcott is ready to commit his future to Arsenal.

The Sunday Mirror reported that the England international winger has been involved in talks for three months without agreement.

However the former Southampton star has made it clear he wants to stay at the Emirates and negotiations will resume in the next fortnight.

It is hoped the deal can be ratified by the beginning of December – and certainly before the opening of the January transfer window.

Indications are a three-year extension will be sorted out.