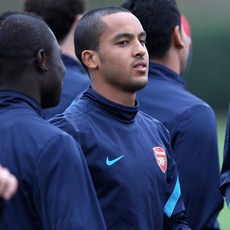 Reports have emerged that Theo Walcott will reject interest from Liverpool to pen a new deal with Arsenal.

The Sunday Mirror reported that Liverpool are among the clubs said to be monitoring the situation of the England player who will be 23 next month.

Arsenal will not let his contract run into its final season because they then run the risk of losing him on a free transfer in the summer of 2013.

Talks with Walcott and his advisers have gone well and it is thought that ­agreement is close.

On the table is the offer of a four-year extension to his present deal and that would take Walcott close to the £80,000-a-week bracket.

Barcelona Will Only Offer £30 Million For Cesc Fabregas