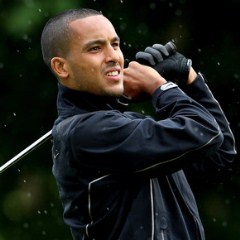 The former Tottenham boss wrote in The Sun: “Agreeing to stay put at Arsenal for the time being could turn out to be the best decision he will make for a long time.

“I gave Theo his debut as a kid at Southampton. I’ve watched him develop at Arsenal under Arsene Wenger but there is so much more to come from him.

“And nowhere will he get a better chance to fulfil that potential than where he is right now.

“He should sort out the little differences in his contract with the club and then sign it.

“He can become a big, big fish at Arsenal. There are so many opportunities open to him now, especially with the departure of Robin van Persie.

“Rather than lament the sale of the captain as another nail in Arsenal’s coffin, Theo should seize the chance to replace him.”

Eden Hazard To Turn Down Chelsea For Arsenal Move

Nicklas Bendtner Confident Of Proving Himself At Arsenal