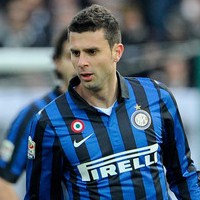 It has been revealed that Thiago Motta is eager to know Inter Milan’s plans for him.

The Italian international midfielder is inside the final two years of his existing deal.

“For the moment we haven’t heard from anyone at Inter,” representative Dario Canovi told FC Inter News.

“I know that the club will be discussing the contracts of those whose deals expire in June 2012 in the month of March.

“I hope that they won’t wait until March 2013 to discuss the future of Motta. I know that he still has 18 months left on his contract, but still…”