It has been reported that Atletico Madrid goalkeeper Thibaut Courtois is clear to face parent club Chelsea in the Champions League. 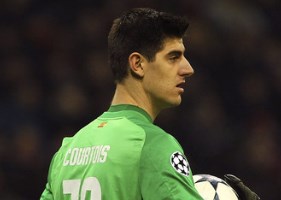 The Champions League quarterfinals draw is due later today.

The Belgium international has made no secret of his desire to play for Chelsea as long as he’s guaranteed the No 1 spot ahead of Blues clean sheet record holder Petr Cech, but Chelsea boss Jose Mourinho has been reluctant to offer Courtois such assurances.

A quarter-final between Chelsea and Atletico would not only give Courtois a chance to impress Mourinho, but it could also give the 21-year-old the opportunity to knock the 2012 winners out of the competition, particularity if the clash has to be decided by a penalty shootout.