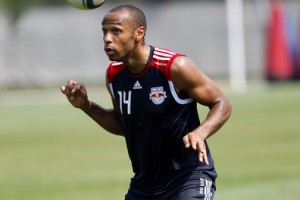 Henry said : “It was the first one, but you don’t even know how happy I am,”

“I was so happy to come here and finally get to see my teammates.

“Obviously I had to in the past two days a lot of stuff, a presentation and some shows, but I come here to play so I was so in a rush to meet the guys. Tomorrow I’m going see the game in Columbus to try to cheer them up and be part of the team. That’s why I came.”

The French striker has a week to get acclimated before his first appearance in a friendly against Tottenham Thursday at Red Bull Arena as part of the Barclays New York Football Challenge.

“What a script right? First game against Tottenham,” Henry told the New York Post. “I didn’t even know because I think it was planned not that long ago.” 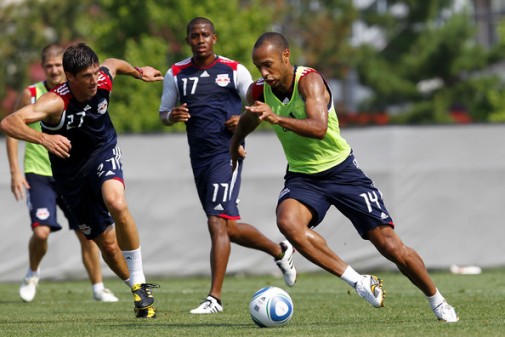 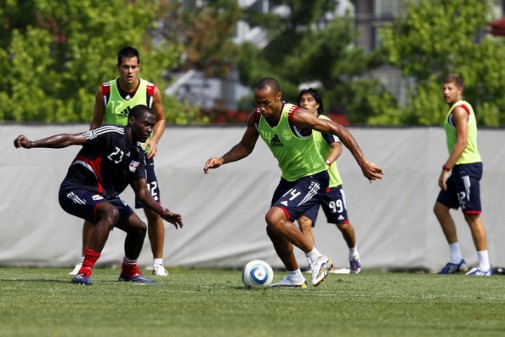 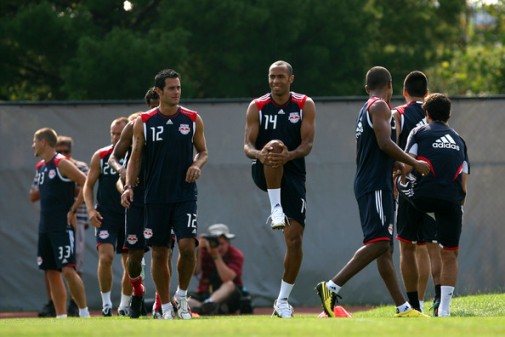 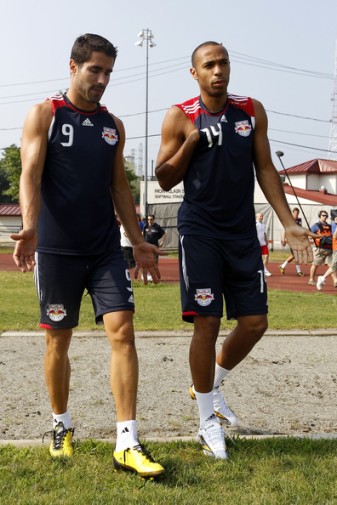 Gerard Houllier Backtracks On Henry’s NYRB Career Being Over