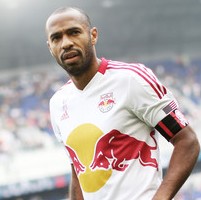 The Fire won 2-0, with Henry admitting the visitors “wanted it more”.

The former French international told reporters after the match : “We had the same type of game against Kansas City, the only thing was that they did not score early, but we got what we deserved,”.

“They’re a better team, more organized, wanted it more. Having said that, we’re still not out.”