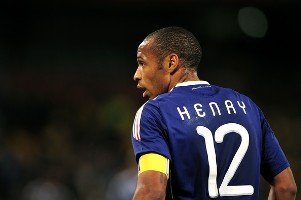 The New York Red Bulls have confirmed on their website that Barcelona striker Thierry Henry has completed his free transfer and joined the MLS club.

It is said that the France international striker signed a “multi-year contract” although no further details were given.

Henry said: “This marks an exciting new chapter in my career and life.

“It is an honour to play for the New York Red Bulls. I am fully aware of the team’s history and my sole goal during my time here is to help win the club its first championship.”

The former Arsenal striker is expected to make his debut in a friendly against Tottenham Hotspur at the Red Bulls Stadium on July 22.