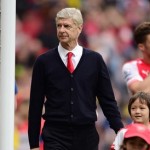 Arsene Wenger still yearns to win the Premier League before he departs Arsenal.

That is the opinion of club legend Thierry Henry who is confident the 65-year old Frenchman has it in his psyche to lead the Gunners to glory before he leaves the Emirates Stadium but needs the reinforcements to do so.

Henry said on Sky Sports :“I don’t know when he is going to go. Every time he is the talk of the town, ‘is Arsene going or is Arsene not going?’,”.

“I think he still has that fire in his belly to make sure he can fire that team to the top again. He knows the players that he has, he trusts them, and they trust him, but again, last 10 years you don’t finish in the top 2.

“Something has to be done.”

The north London club have not saluted in England’s top flight since the ‘Invincibles’ of 2003/04.