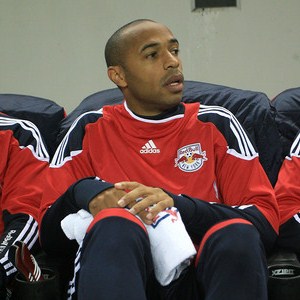 Reports are out claiming that Arsenal legend Thierry Henry has returned to the club.

According to The Sun, Henry, now age 33, reportedly arrived back at Arsenal yesterday and will remain with Arsene Wenger’s team until January 19, before returning to New York Red Bulls.

The former France international, who spent Christmas in England, is using the spell to keep fit before returning for the MLS pre-season.

But the Frenchman, who left Arsenal for Barcelona in 2007, will also focus on detailed practice with the club’s strikers.

Henry will spend a large amount of time in training with Theo Walcott, who Wenger wants to convert from a winger to a striker in the same way as Henry.