It has been reported that Arsenal boss Arsene Wenger rates yesterday’s stunning FA Cup final win as his best. 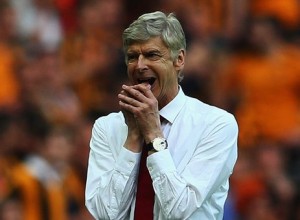 The Gunners came back from 2-0 down to defeat Hull City 3-2.

The French tactician said: “It was more important today than all the others. We have made twice the double, so you have already won [the league] so you are not under the pressure that we were under today. I have won it now five times, it is not too bad!”

“I am in good company! Looking back at it, at our run, it was amazingly difficult because we played Tottenham, Liverpool, Everton, Wigan in the semi-final – which was very difficult – and today. If you play against any Premier League team they can pass the ball, they can create chances, they can score from set pieces and we have seen that today.”