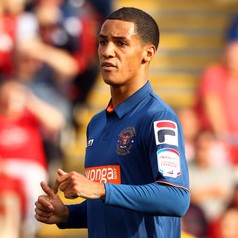 It has been revealed that Blackpool winger Thomas Ince is willing to return to Liverpool in January in a £6 million deal.

Ince – son of former Liverpool legend Paul – is willing to take a second chance at playing for the Merseysiders after quitting the club without getting any serious action.

Manchester United and Southampton are also keen on Ince, but Liverpool are now red-hot favourites to do the deal as Football Spy revealed earlier this month.

And even the fee of £6 million has not put them off as high-level talks have progressed this week to make the surprise transfer happen.

Liverpool will get 35 per cent of the fee paid back to them as they have a sell-on clause in the deal that took Ince to the Seasiders. So the outlay will only be around £4 million, but it is still a costly ‘mistake.’

Manuel Neuer : I Will Not Be Joining Manchester United