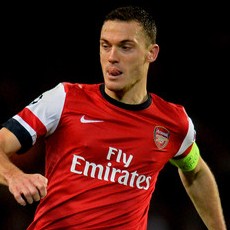 Thomas Vermaelen has admitted that Arsenal lacked a cutting edge after their Champions League defeat to Schalke.

The Gunners were toothless at Norwich City and a response was expected tonight but it never arrived.

The club captain told Sky Sports 3 : “We are really disappointed,”.

“We lost on Saturday and wanted to be better today but it was the same story. We didn’t create enough chances to score goals. They got one and then got more.”

Asked why Arsenal were unable to right the wrongs of the weekend, the Belgium international added: “It’s difficult to explain, we wanted to put it right.”

“We gave 100 per cent but it’s difficult at the moment because we’re not creating enough chances to score goals.”

Arsenal had just one shot on target while Klaas Jan Huntelaar and Ibrahim Afellay showed them how it was done.

“Teams come here with strong organisation, technical ability and sometimes it is difficult to get through,” Vermaelen said.