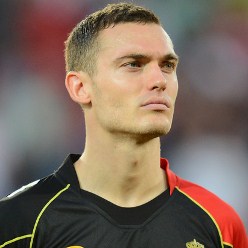 Vermaelen has hailed the £12million man’s impact and revealed there is little doubt among the players – with whom he trained on Friday – that Giroud will find some scoring form soon.

Speaking to the club website, the skipper said: “I’m convinced Olivier will be off the mark soon. It’s not as if he has had an easy start – he didn’t get much time against Sunderland, and then played in two tough away games.

“He won a lot of duels in those matches, and it’s a vital quality when you’re away from home – if we don’t see a solution, we can sometimes play a longer ball to him in the knowledge that he works hard and is strong in the air.

“He’s made some good runs and has been a bit unfortunate not to score so far, but he’s got into the positions so I’m not worried about him at all. The goals will come.”