It has been reported that Everton goalkeeper Tim Howard is confident David Moyes will be a success at Manchester United. 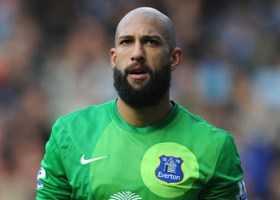 The USA international goalkeeper rates Moyes the biggest influence on his career.

“I think Moyes is a top manager who always gets the best out of his players, so if that’s what it takes to be a Manchester United manager, then the answer is yes.

“Change is difficult and following Sir Alex is never easy — that’s why they gave him a six-year contract, because it takes time to mould and shape things. Soon it will be David Moyes’ team.”