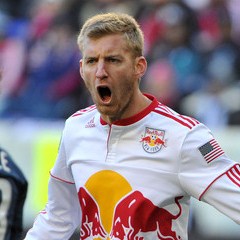 New York Red Bulls defender Tim Ream could be on trial with West Bromwich Albion within a number of weeks.

The 24-year old attracted the interest of the Premier League club when the Red Bulls competed at the Emirates Cup against Arsenal, Paris Saint-Germain and Boca Juniors in the summer.

Baggies sporting director Dan Ashworth confirmed that the 24-year old centre-half could arrive on trial in the next few weeks.

“I first saw Tim at the Emirates tournament in the summer and I quite liked him along with quite a few of the other Red Bulls players,” he told Express & Star.