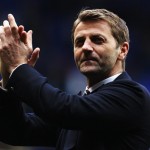 The 45 year old feels the sales of academy players like Danny Welbeck and Tom Cleverley will hurt United long-term.

He told talkSPORT: “Manchester United are unrecognisable to any United sides we have seen over the last 10 years. They would never ever sell their academy players who are playing in the side but now they’re deciding to do that [Danny Welbeck joining Arsenal] and going out and buying the best players all over the world.

“It is very exciting for the fans but for the long-term future of the club, I think it hurts them. Everywhere their manager Louis van Gaal’s been, he’s won things. He’s been saying that he’s not the magic man and winning the League is a bridge too far and I agree but they have to be in the top four.”