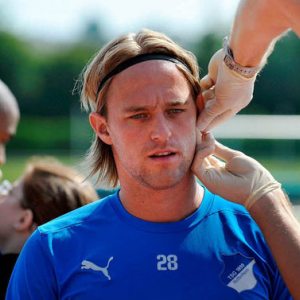 Former Germany international goalkeeper Timo Hildebrand has claimed that he has had an approach from Scottish giants Celtic.

The 31-year-old shot-stopper is out of contract after his deal with Bundesliga outfit Hoffenheim was not extended this summer.

He could soon link up again with his former team-mate from his Stuttgart and Germany days, Andreas Hinkel, in Glasgow.

“Celtic are interested and that is very interesting for me,” he revealed to Germany’s Bild newspaper.