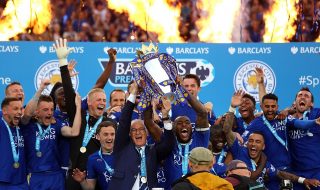 Last season, Leicester City did the unthinkable and won the Premier League title; an achievement that shook the football world.

The Foxes deserved plenty of plaudits for their incredible effort but it is time to make a bold statement ahead of the upcoming campaign: Leicester City will NOT do it again. Unfortunately, it is much harder to defend a title than it is to win your first one and Claudio Ranieri’s men will experience that this season.

However, they are well placed to compete for the FA Cup. Leicester placed all of their focus on the Premier League last season and Ranieri’s decision paid off but now the Foxes should try to give their fans a day to remember at Wembley.

The FA Cup is still one of the most prestigious competitions in world football and Leicester could well go on to win this famous trophy next season – they’re certainly capable of going all the way if they perform well.

At the time of writing, Leicester City are priced at 20/1 in Coral’s FA Cup betting markets and the Foxes are likely to take England’s oldest club competition very seriously next season.

While plenty of punters will be betting on the underdogs this year after Leicester’s incredible Premier League triumph last season, the Foxes could go on to book a place in the final at Wembley Stadium at the end of May.

And with Jamie Vardy, Riyad Mahrez and N’Golo Kante reportedly set to stay at the King Power Stadium, Leicester can push on and begin to try and build a dynasty era. With plenty of investment and thorough planning for the future, the Foxes could develop and mature into England’s next major superpower.

Ranieri is an excellent manager and if anyone can lead Leicester to another trophy or title, it is the ‘Tinkerman’. After all, he has the tactical nous, the experience and the drive to continue managing at the top level for quite some time.

On their day, Leicester City are capable of brilliant things – as shown last season. The Foxes aren’t unbeatable by any stretch of the imagination but they are organised, difficult to beat and consistent; three traits needed to succeed in cup competitions.