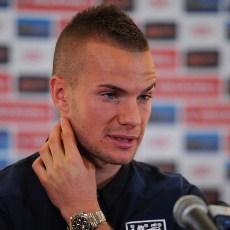 Tom Cleverley has admitted that he models his game on Chelsea star Frank Lampard.

The Manchester United youngster recognises the Blues star as the man to follow to become the complete midfield all-rounder.

He said: “When you think of goal-scoring midfielders, Frank Lampard is one of the first names that pops in your head. I have managed to score goals on all my loan spells, so it was playing on my mind a little bit that I had not been scoring.

“For a midfielder you need a lot of things to be a top-class player and scoring goals is one of them.

“I started off this season getting into the positions for United and England and just not having that final finish — sometimes not composing myself and a bit of bad luck as well.

“But the first one went in and the second one quickly followed and hopefully I can kick off my international goals tally on Tuesday as well, if I play.” Thibaut Courtois Set To Be Installed As Chelsea No.1