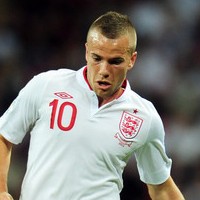 Tom Cleverley has admitted that he feared for his future at Manchester United.

Cleverley is the first to point out that he has yet to win anything at Old Trafford – apart from a Community Shield – and even feared being loaned out to Watford, Wigan and Leicester might be a sign he would not make it at United.

Cleverley said: “I won League One at Leicester and the Community Shield, if that counts and that’s about it.

“When you are out on loan and you see world class players doing well and winning titles at Manchester United it does seem a hard mountain to climb and obviously the injury was a massive, massive disappointment for me last season.

“I am a big believer that if you work hard enough you can achieve a lot, as much as you want. That hard work will carry on and hopefully I will be sitting here next season with a few bits of silverware.”