Reports are out claiming that Tom Cleverley is set to be handed a new pay-rise at Manchester United. 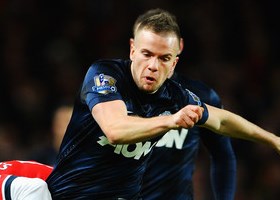 The Mail on Sunday reported that United are ready to Tom Cleverley — the target of scathing criticism from fans of both the club and England — a new five-year deal worth £15million.

The vote of confidence will be a welcome boost for the 24-year-old midfielder as he bids to cement a place in England’s World Cup squad this summer.

He was booed when his name was read out at Wembley before England’s friendly against Denmark on Wednesday and an online petition calling for him to be axed from Roy Hodgson’s World Cup squad gathered 17,000 signatures.

United boss David Moyes sees Cleverley as an important player for the future and United are close to agreeing the new deal, which would see his pay rise to £60,000 a week. His current contract runs out at the end of 2015.