Tom Cleverley : Wayne Rooney Can Be A Top Class Captain! 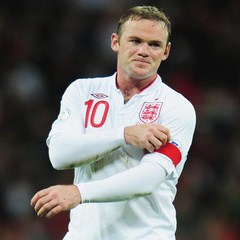 Manchester United midfielder Tom Cleverley has declared that Wayne Rooney would be a great England captain.

Rooney gives back the armband to Liverpool’s Steven Gerrard for tomorrow’s World Cup qualifier in Poland.

Cleverley said: “He has all the attributes to be a top-class captain. He is a leader, he is a winner and I like playing under him as a captain.

“I certainly agree with the manager when he says he can be captain in the long-term.

“For quite a young guy Wayne has had a lot of experience that me, Danny Welbeck and all the young players in the squad can tap into.”