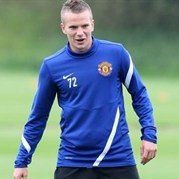 Tom Cleverley has declared that Manchester United will not take lightly Arsenal today.

The Gunners’ preparations have been punctuated by injuries, suspensions and sales, yet the Manchester United midfielder warns that Arsene Wenger’s side will remain a threat.

He told United Review : “Even though Arsenal have lost a few players they have young ones coming through who are big talents – just look at Jack Wilshere and Aaron Ramsey – and there are plenty of others who are comfortable on the ball.

“I definitely still see Arsenal as a threat, and we’re viewing this game as a massive test. Historically, it’s a massive fixture, and I don’t think that’s changed.”