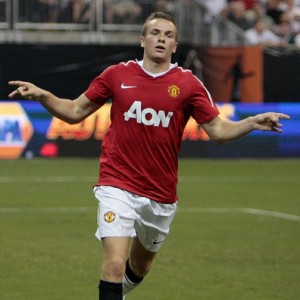 Manchester United youngster Tom Cleverley is on the verge of joining Wigan Athletic on loan.

It has been reported that Latics boss Roberto Martinez have beaten off competition from Bolton and Newcastle to get the 21-year old at the DW Stadium for a season.

Cleverley was always going to spend this term on loan after United boss Sir Alex Ferguson said he wanted the midfielder to join a Premier League club to further his development in the first team set up and it looks as though Wigan is the place he will do that.