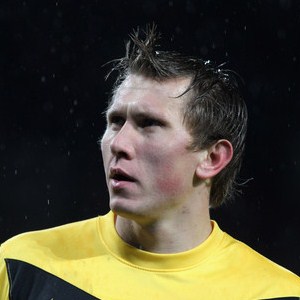 Manchester United goalkeeper Tomasz Kuszczak insists that he is not angling for a move away from Old Trafford.

The Poland goalkeeper is expected to leave United in the summer for regular first team football.

However he told uefa.com: “If it was journalists that sold players I would have left Manchester three years ago. Since then, the papers have had me being sold many times, but as far as I know it’s Sir Alex Ferguson who determines transfers at United.”

“All I can say is that I’m ready at any moment to jump into goal and stay there for good.

“I have already proved something to myself by playing over 60 matches for United, but I would also like to prove to others that I can be Edwin van der Sar’s successor [when the Dutchman retires in the summer]. My goal remains the same: to be No1. It is one of my two big football dreams. The second, of course, is to play for Poland at UEFA EURO 2012.”