It has been reported that Bayern Munich midfielder Toni Kroos cannot rule out a move abroad. 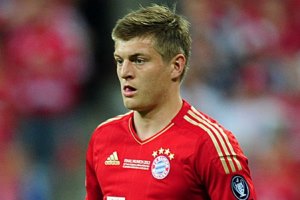 The German international star has been linked with Manchester United and Liverpool in recent months.

“It is possible that I will leave the Bundesliga at some point. Anyone who’s experienced various leagues, such as Miroslav Klose, says it helps their development,” said Kroos.