Arsene Wenger insists the standard of the Premier League cannot be judged after a poor fortnight of European results. 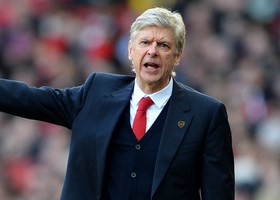 All four Premier League teams failed to win the first leg of their last-16 Champions League ties with Chelsea the only side to register a goal.

The Arsenal boss said : “It is one game and they are very difficult opponents,”.

“I think you have first to realise that all four teams came out of the group stage. That means that the level is there.

“Of course you know that with 10 men it will be a difficult game. After that the other two teams are still in positions, Man United and Chelsea, where they can turn the results around.

“Let’s wait until the end of the second game before talking about a trend of strength or weakness.” Roy Hodgson Happy To Have Oxlade-Chamberlain In England Squad