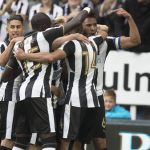 When a football club is relegated from the Premier League, it hurts more than their pride; it hits their pockets too. Relegation means a significant drop in club income, mainly due to the loss of lucrative TV revenue. With a new £5bn TV deal for the Premier league coming into effect this season, even the worst-performing Premiership sides are guaranteed at least £100m. In contrast, Championship clubs will receive an average of £3m a year.

Premier League clubs obviously have much more money to spend on signing the best players. Clubs that have been relegated often face severe financial difficulties that can result in hundreds of jobs being lost. It’s true that they will receive four years’ worth of parachute payments from the Premier League which often enables them to meet players’ contracts, which still guarantee Premier League payments. But even though many clubs have ‘drop clauses’ in their players’ contracts, stipulating that their salary will be heavily reduced in the event of regulation, there’s often still not enough money to go around.

Although parachute payments total £25m in the first year, this drops off to £20m in the second year and £10m a year later. The pressure is on for a relegated team to try to bounce back into the Premier League as soon as possible; a task made all the more difficult if their best players are being tempted away by other clubs. For example, in June 2015 Georginio Wijnaldum joined Newcastle United on a 5-year contract from PSV Eindhoven for £14.5m. But just over a year later, following the Magpies’ relegation, he signed to Liverpool for £23m. Star midfielder and team captain Moussa Sissoko also recently departed for Tottenham Hotspur.

It’s not just players that are raided from relegated teams either. Coaches and managers are often tempted to walk when a team goes down. Many were surprised when Rafael Benitez agreed to stay on at Newcastle United following their relegation last season, and vowed to put together a team that would see them back in the Premiership where they belonged.

The former Liverpool and Real Madrid manager demanded full control and an assured transfer budget, but it was the love and support of the fans that most swayed his decision to stay. His decision to stay could be the key to Newcastle returning immediately to the top flight and experts like 888 Sportsbetting have marked them as firm favourites to finish top of the Championship this season.

Once a club has been relegated for more than four years and their parachute payments have been exhausted, it becomes much more difficult for them to break back into the Premier League. Indeed, many Championship clubs that have never been in the Premiership resent the unfair advantage parachute payments give to recently-relegated clubs. But the stark truth is that if a club doesn’t bounce back within a couple of years, then its best players are going to look elsewhere, perhaps rightly believing that the best way to further their careers is to get back into the Premier League as soon as possible.