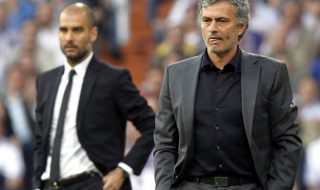 Only one Briton, Stoke’s Mark Hughes hangs at number nine of the table. Out of the 20 top-flight clubs, only three have English managers and they occupy the fifteenth (Crystal Place), sixteenth (Bournemouth), and seventeenth (Sunderland) places just above the relegation places. Alan Pardew, Eddie Howe and Sam Allardyce should consider doing better because another Briton to survive is the fourteenth-placed Welshman, Tony Pulis at West Bromwich Albion.

This scenario strikingly proves that foreign managers have relegated English managers to the lower positions of the Premier League. During a dinner at Old Billingsgate in central London, the annual League Managers Association members recommended that they would continue investing in the education of young homegrown managers to help them succeed their upcoming careers.

The English Premier League is the richest among all other leagues in the world, making them have the financial capacity to entice the finest managers. Some executives in Premier League clubs believe that it is difficult to attract top players to England because most of them prefer other leagues, such as France, Germany, Spain, Germany, and Italy. Their arguments partly point towards their financial capabilities and mostly towards the amount of control given to English managers.

It is confirmed for Pep Guardiola and Antonio Conte to join Manchester City and Chelsea respectively, along with Liverpool’s Jurgen Klopp almost settled, while Jose Mourinho apparently heading to Manchester United as the successor of Louis van Gaal. Therefore, it is clear that foreign elite football managers prefer working in England rather than following English manager’s lamentations about foreigners securing jobs in top clubs.

The organization of the Premier League attracts foreign managers, including the infrastructure, the stadiums, and a flexible fixture list with convenient kick-off times unlike in Spain. The owners of top-flight clubs are mostly foreigners who take a globalized view when recruiting their executive staff than risk relegation.

English managers have not taken matters in their own hands so that they can stop complaining about being overlooked and not given more control over their respective clubs. Nevertheless, if they feel ignored in the Premier League, they should try managing clubs in other football leagues. Allardyce, Howe, and Purdew once lamented that the Premier League might not have English managers in the near future. Evidently, there are 20 Italians and 20 Spaniards managing some of the 98 clubs in the top five European leagues. Apart from the complaints, English managers should show the world that they have the capacity to rise to the occasion at secure top ranks in the Premier League and Champions League.

When the 1991-92 First Division season ended with Leeds United as the titleholders, Howard Wilkinson was the last English coach to finish top in the league. The 1996 season saw Hevin Keegans of Newcastle United finishing second. Also, a second-place finish with Liverpool’s Roy Evans in 2003 and a third-place finish with Newcastle United’s Sir Bobby Robson in the same year.

English managers go down the leagues due to the influx of tactical foreign managers. Furthermore, the lack of a large market to fetch elite English football managers also affects the national team because of a weak local field of skilled managers. Roy Hodgson successor might take longer to find in the near future.

Four foreign managers achieved a top-ten finishes in the 2008 Premier League season. Out of the 11 English managers that season, only two managed a top-ten finish, including Portsmouth’s Harry Redknapp and West Ham’s Alan Curbishley. Currently, only three remain with Burnley’s Sean Dyche joining them next season. However, no one expects them to reverse this poor trend.