Reports are out claiming that Torino expect Manchester United to try again for Matteo Darmian in the coming days. 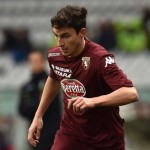 United made a bid for the Italy international last week – which was turned down by Toro. It’s understood the offer was for €12 million plus a further €3 million due based on appearances and success.

However, Toro president Urbano Cairo rejected the proposal, insisting that Darmian, who is also linked with Arsenal, won’t leave for less than €20 million.

United are expected to return to the negotiating table in the coming days, with manager Louis van Gaal desperate to make a new right-back signing.

It’s emerged today that United are listening to offers for Rafael da Silva.