Interesting transfer news are out claiming that Toronto FC are offering Jermain Defoe a bigger contract than his current Tottenham deal to make the move to Canada. 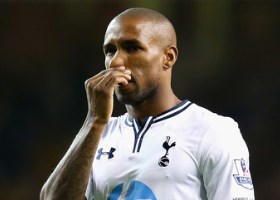 The Mirror reported that the England international has received a whopping £5million-a-year offer to quit Spurs for Major League Soccer in January.

Toronto FC have put a stunning package – including £90,000-a-week in salary – on the table to try to tempt the “incredible” England striker away from the White Hart Lane club.

They face competition from Queens Park Rangers, however, with Harry Redknapp set make a renewed bid to persuade the former West Ham and Portsmouth striker to join their Championship promotion push.