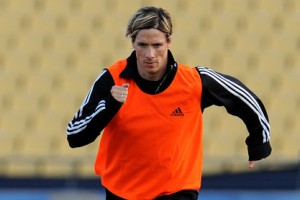 Fernando Torres has gone against the words of his agent and kept the door ajar for a summer exit from Liverpool.

The Spaniard’s agent, Jose Antonio Peton, said less than two days ago that Torres was happy at Anfield and would not leave but the player himself has turned around and given a non-committal answer when quizzed on his Reds future.

“My future now and hopefully the next two months is Spain and the World Cup, it’s nothing later than that.”