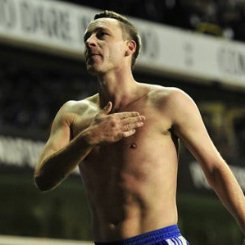 London rivals Tottenham Hotspur and Chelsea slugged out a 1-1 draw in an exciting derby at White Hart Lane on Thursday as the home team held on to third spot in the Premier League.

Both sides were left to rue missed chances that could have edged them closer to leaders Manchester City and champions Manchester United and, worryingly, both enter the festive programme with injury problems.

Emmanuel Adebayor gave Tottenham the perfect start when he turned in a Gareth Bale cross after eight minutes but having dominated the opening exchanges the hosts were forced to retreat by a stirring Chelsea fightback.

The visitors, in fourth spot, equalised after 23 minutes through the lively Daniel Sturridge and had the better chances.

In a thrilling second half Ramires wasted a glorious opportunity for Chelsea and Adebayor was denied a dramatic late winner by a sliding John Terry clearance in stoppage time.

Harry Redknapp Desperate To Sign Tim Krul For Next Season