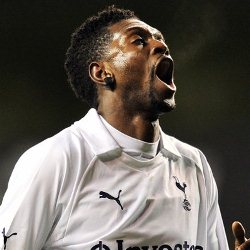 Tottenham had to come from behind to overcome League One side Stevenage 3-1 in their FA Cup fifth round replay at White Hart Lane to book a quarter-final at home to Bolton.

Joel Byrom’s early penalty hinted at some ‘magic of the FA Cup’ being weaved in the return encounter between the highest- and lowest-ranked sides left in the competition, but Jermain Defoe levelled the scores shortly before the half-hour mark.

Substitute Emmanuel Adebayor tucked away a spot kick of his own 10 minutes after half-time before Defoe’s crisp second settled matters with a quarter of an hour remaining.