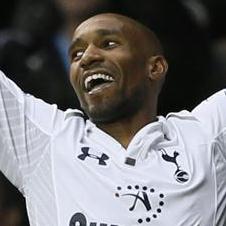 West Ham fans taunted Tottenham about the stabbing of one of their fans in Rome during a fiery London derby which was settled by a fine brace from Jermain Defoe.

Defoe scored either side of half-time to sink his former club and Gareth Bale also found the net to give Tottenham a confident and morale-boosting win, but the contest was marred by offensive chanting from the away end at White Hart Lane.

West Ham fans chanted “Viva Lazio” and sang the name of former Lazio and Hammers man Paolo Di Canio on several occasions – something that was hard to stomach for the home supporters who witnessed the horrifying attack on Spurs fans in Rome that ended with one man in hospital for stab wounds to his leg and head.

The Hammers fans were also heard hissing on at least three occasions during the game, which is interpreted to mimick the sound of gas released into the death chambers at concentration camps during World War Two.

For a club that has a strong affinity with the Jewish community, Tottenham’s supporters are bound to be offended by the actions of the travelling support – especially after Lazio fans chanted “Juden Tottenham” during Thursday’s 0-0 draw in Rome.