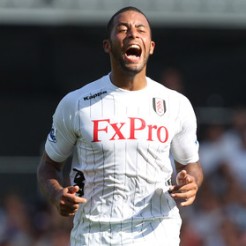 Reports are out claiming that Tottenham is interested in signing Fulham ace Moussa Dembele.

The Belgian international star has already been linked with Manchester United this summer but now it is apparent that Spurs are keen on bringing him to White Hart Lane.

The 25 year old, who is on the market for around £15million, is contracted with Fulham until 2014 but that won’t stop Tottenham from making an official bid for him this week.

The departure of Luka Modric to Real Madrid, which should be finalised today, has prompted Spurs boss Andre Villas-Boas to look for a like-minded player with Dembele reportedly fitting the bill.