Reports are out claiming that Tottenham are interested in Manchester United fullback Alexander Buttner. 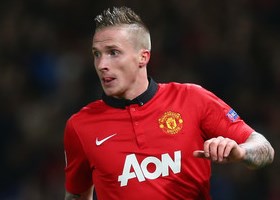 De Telegraaf claims that Spurs are eyeing the young Dutchman, who could become available in January.

Buttner, who is also a target for Galatasaray, will be offloaded by United if manager David Moyes can find a new left-back signing in the coming weeks.