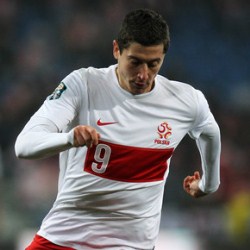 Reports are out claiming that Tottenham and Chelsea are joining the scramble for Borussia Dortmund striker Robert Lewandowski.

The Daily Mail reported that Andre Villas-Boas will go head to head with his former club Chelsea in the race to sign £20million-rated Borussia Dortmund striker Lewandowski.

The Tottenham manager has a £50m transfer war chest after taking over from Harry Redknapp and has already recommended the Poland marksman to the White Hart Lane hierarchy.

Spurs have made an initial approach but face stiff competition from Chelsea and Arsenal, who were left reeling by Robin van Persie’s decision to quit the club last week.