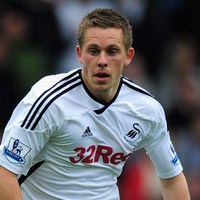 The move secures Sigurdsson’s return to the Barclays Premier League, where he impressed so much during the second half of last season on loan at Swansea City.

Sigurdsson had been linked with a move to Liverpool, but Spurs have swooped to compete the signing of the in-demand midfielder. Southampton Not Interested In Selling Victor Wanyama To Tottenham

Aaron Lennon Out Injured For One Month