It has been reported that Tottenham remain hopeful of finding a buyer for Emmanuel Adebayor. 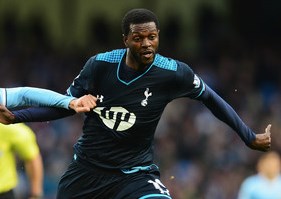 The London Evening Standard revealed that the 29 year old has made just one appearance as a substitute this term and remains happy to stay despite his lack of playing time and clubs have been scared off by his £170,000-a-week salary demands in the past.

The former Arsenal and Manchester City forward is expected to return to training this week following a knee problem and could be in line to feature against Anzhi Makhachkala in the Europa League on Thursday night.