Reports are out claiming that Tottenham boss Mauricio Pochettino is not giving up his bid for Southampton defender Dejan Lovren. 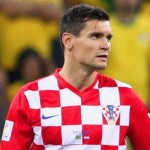 The 25 year old Croatia international centre back whi is also wanted by Arsenal, has declared this week he wants to move to Liverpool.

However the People reported that Pochettino is stepping up his bid to take Lovren to Tottenham.

New boss Ronald Koeman wants Lovren to stay but it’s thought the defender – on holiday after playing for his country in the World Cup – is adamant he wants to leave.

Pochettino wants the big Croatian to join him at White Hart Lane as he plans for the new season, but Spurs will have to come up with close to £20m to seal a deal.

Liverpool are still in the frame, but their pursuit of a replacement for bite-ban striker Luis Suarez is their number one priority.