Reports are out claiming that Tottenham are exploring the prospect of bringing AC Milan attacker Robinho back to England. 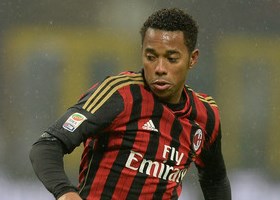 TMW reported that the Italian giants are prepared to sell the 30 year old in the summer as they seek funds for a massive rebuilding plan.

Spurs chief Franco Baldini has been made aware of Robinho’s availability and contact has been initiated.

The Brazilian international has flirted with returning home to Brazil during the past three transfer windows, only for money to become an issue.