Reports are out claiming that Tottenham have decided to make a move for Southampton boss Mauricio Pochettino. 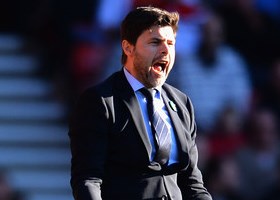 The Daily Mail claims that Spurs are set to approach Southampton for permission to speak with Pochettino early next week.

The Argentinian manager is a leading contender to replace Tim Sherwood, who is almost certain to leave after Sunday’s final-day home game against Aston Villa.

Spurs chairman Daniel Levy wants the opportunity to speak to Pochettino as his search for Sherwood’s replacement intensifies.

Tottenham will wait until after Southampton’s match against Manchester United on Sunday before making their request, but they could move as early as Monday.