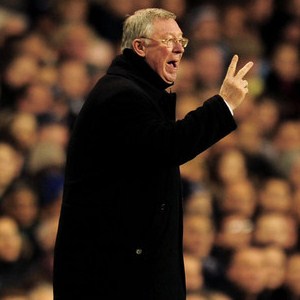 Sir Alex Ferguson’s side produced a stout defensive performance, and made light of the dismissal of Rafael for a second bookable offence.

Despite enjoying the better of play, Tottenham could not break down a side marshalled by the exceptional Nemanja Vidic.