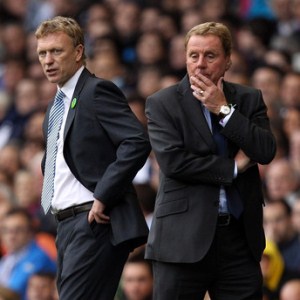 Rafael van der Vaart returned to rescue Tottenham from defeat once again but this time they were unable to complete the comeback as Everton held on for a point at White Hart Lane.

Suspended for Wednesday night’s Champions League defeat at Inter Milan, Van der Vaart scored his fifth goal in as many games to send Spurs third in the Premier League.

The Netherlands midfielder’s effort cancelled out Leighton Baines’ brilliant free kick – his first goal for almost 14 months – while Peter Crouch wasted more than one chance to seal what would have been Tottenham’s fourth comeback win in five league matches.