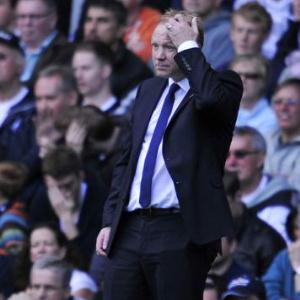 Birmingham were relegated from the Premier League after a 2-1 defeat to Tottenham at White Hart Lane.

But Wolves’ second goal of their 3-2 defeat at Blackburn meant Birmingham needed to win to survive and as they surged forward in injury time, Pavlyuchenko raced up the other end and fired a 20-yard shot past Foster that went in off the bar to seal the midlanders’ relegation.

The result, and Liverpool’s defeat at Aston Villa, means that Spurs will join Birmingham in the Europa League.

Questions will now be asked of Birmingham manager Alex McLeish’s future after his team’s form suffered a dramatic slump that started after February’s Carling Cup final win over Arsenal.