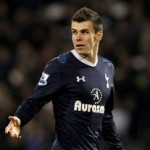 Defender Benoit Assou-Ekotto has recovered from a knee injury. The Cameroon international sat out last weekend’s win at Stoke, but has trained with the team this week and could come back into his usual left-back position. Long-term absentees Sandro (knee), Younes Kaboul (thigh) and William Gallas (calf) are unavailable.

Sunderland boss Paolo Di Canio will need to plug the hole left by loan signing Danny Rose. The England Under-21 international left-back is ineligible to play against his parent club, to which he returned after last weekend’s 1-1 draw with Southampton, and midfielder Jack Colback seems the most likely man to fill in. Striker Stephane Sessegnon completes his three-match ban while midfielder Craig Gardner sits out the second game of his enforced lay-off, although frontman Connor Wickham is available after returning as a substitute against the Saints following a month on the sidelines with a calf injury.

Andre Villas-Boas: “I think Chelsea will be the team to beat next year, bearing in mind the manager we expect to come in and the strengthening of a very good squad. The reference will come from Chelsea. But next year could be a good year to throw yourself into the race for the title, bearing in mind the changes at the top.”

Paolo Di Canio on the injured Steven Fletcher: “First of all, let him recover because he has had this surgery. Then I hope he is going to enjoy working with me. I am happy to work with him, but I hope he will be happy to work with me because he can improve a lot. If you understand that, until today, he has played only not to be relegated. He has to become a footballer for a team that wants to finish and establish the club in the top 10 every time.”